Smugglers used the narrow strip of land between the Gulf and Galveston Bay on the Bolivar Peninsula long before there was a man-made channel.

Rollover Pass Is Now Closed. Due To Erosion On The Beachfront and Silting Of The Intracoastal. Galveston County took control of Rollover Pass by Eminent Domain. Filling in Rollover Pass has begun and plans are to build a County Park and Fishing Pier in the future.

To See The Progress From Our Live Webcam, Click Here

Rollover Pass is an important landmark on the Bolivar Peninsula. Smugglers used the narrow strip of land between the Gulf and Galveston Bay on the Bolivar Peninsula long before there was a man-made channel. They rolled their ill-gotten gain (usually packed in barrels) over from a ship on the Gulf to a waiting boat on the Bay side, where it would be carried for distribution. During the American Prohibition, the practice continued, with barrels of liquor being rolled over the pass to waiting boats on the other side.

In 1955, the pass was mechanically dredged to create a new opening between the Gulf and East Galveston Bay. This was intended to improve ingress and egress of fish and shellfish. It was believed that this would produce better fishing. Fishermen would agree that this was successful. The pass is excellent for recreational fishing. It is a very popular location for shore-based anglers. Every weekend finds dozens of fishermen lined up on both sides of the pass. The fishing continues by lantern light at night. 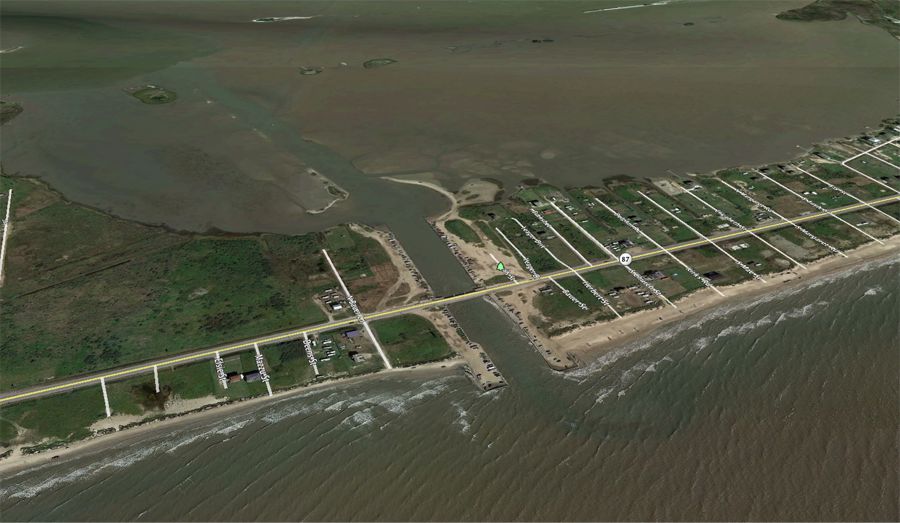 Rae Sullivan reports a childhood filled with happy days on the peninsula, fishing and crabbing with her grandmother. They would set out long lines between two poles that had crab lines hanging from them, then float a large wash tub and fill it with crabs! Her uncle shrimped with a homemade net drug behind his small boat. He also dug oysters. After a weekend of fishing, they gathered to make a huge pot of gumbo. 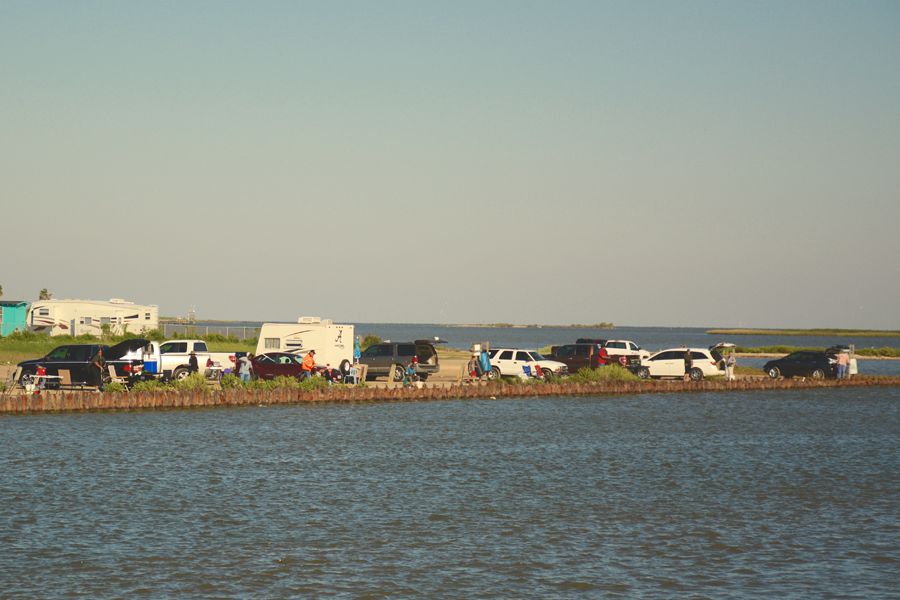 Rollover Pass is privately owned and leased to the Gilchrist Community Association (GCA), a non- profit corporation, who maintains and pays for the upkeep so that anyone can stay and fish Rollover Pass.