Fort Travis was the first fort established by the Republic of Texas (1836) to protect the Galveston harbor entrance.

The Bolivar Peninsula has a long history of fortifications. Many were built on the site of the present Fort Travis Seashore Park. Fort Travis was the first fort established by the Republic of Texas (1836) to protect the Galveston harbor entrance. Using army recruits and slave labor, an octagonal earth and timber fortification was built.

Fort Travis was named in honor of William B. Travis, a famous defender of the Alamo. Fort Travis received a Texas Historical Marker in 1993.

Fort Travis property was bought by the federal government in 1898, 97 acres for $36,00 and several other parcels where added to the Fort property later. Construction began in 1898 and was completed in 1943. 4 batteries where built to defend the Galveston Harbor, Ernst and Davis was built in 1898 and the Kimble and No. 236 completed in 1943. Fort Travis consisted of 27 building to include barracks for enlisted men, officers and noncommissioned officers and a mess hall. After the 1900 storm a 17 foot wall was constructed on the south side to protect the fort from storm surge. The fort was used for both world wars. In 1949 Fort Travis was declared war surplus and sold to M and M Building Corp. After a change of ownership several times, Galveston County Court purchased the site in 1973 for a public park

Pictured above is a photo of Battery Kimble on the east side of Fort Travis. Battery Davis contained two eight-inch guns, which were the most advanced of their day.

Battery Ernst was built in 1898, and named after Second Lieutenant Rudolph Ernst, U.S. Sixth Infantry. It contained three small caliber pedestal guns. Pictured here is an overhead view of Fort Travis, pictured in the center covered by earth for protection and in cased in cement is Battery 236, for a 3D walk thru Battery 236, CLICK HERE. 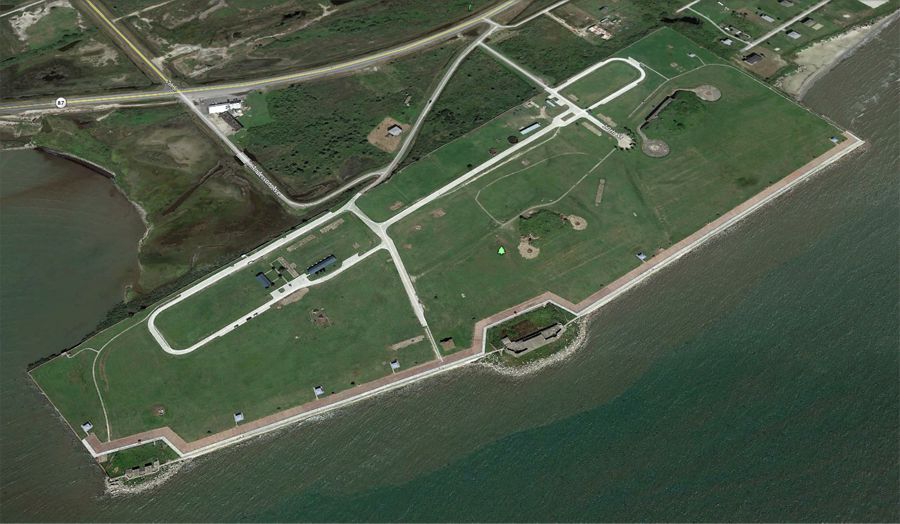 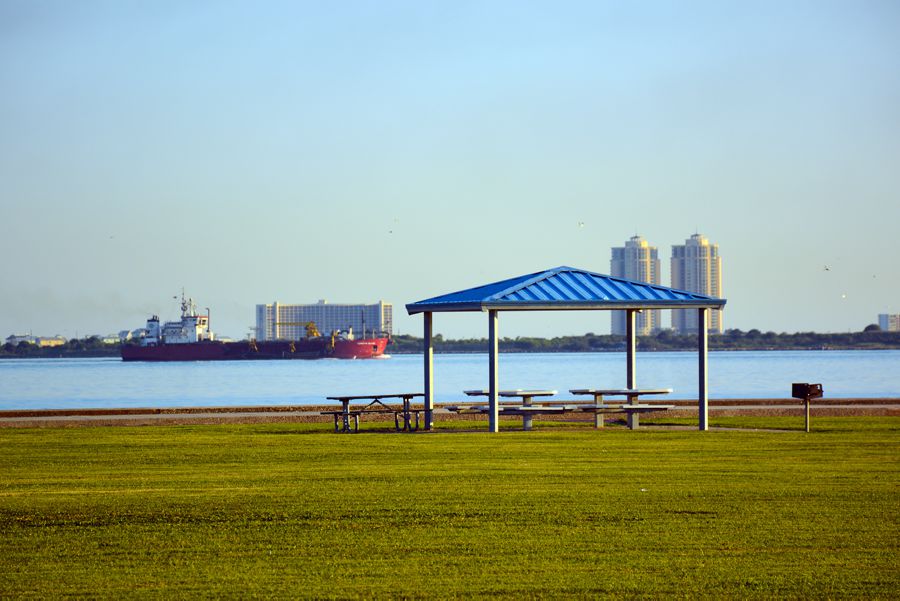 Turn of the Century

After the 1900 hurricane, a 17 foot seawall was constructed on the Gulf side of the fort. Fort Travis was occupied by soldiers in both World Wars, and served as an internment camp for several German prisoners of war during World War II. In 1973, the fort was purchased by the Galveston County Commissioners for use as a public park. This photo shows Battery Ernst after the 1900 storm, when it was severely damaged.

Recovery from the 1900 storm was slow. During the ensuing five years, the Army Corps of Engineers spent about one million dollars to rebuild Fort Travis. This photo shows Battery Davis on July 30, 1904.

Visitors are allowed to tour the interior of Battery Kimble during the Jane Long Festival.

During WWI, Fort Travis garrisoned troops defending the Port of Galveston and its approaches. 2,500 troops were stationed at the fort during WWII. The fort was enlarged and several sizes of guns were installed. In 1949, Fort Travis was sold to private interests. It was acquired through a Moody Foundation Grant in 1976 and is currently operated by the Galveston County Parks and Cultural Services Department.

Battery 236 was designed in 1941 to defend approaches to the Galveston harbor from submarines. Battery 236 contained a power plant, magazines, fire control facilities and crew quarters. By this time, Batteries were no longer named, but numbered.

In 1961, many local residents rode out Hurricane Carla at the fort. So did their cattle and other animals. This photo shows the interior of one of the bunkers at Fort Travis. Throughout the history of the fortifications, many residents and their livestock have weathered hurricanes in the bunkers at the Fort. 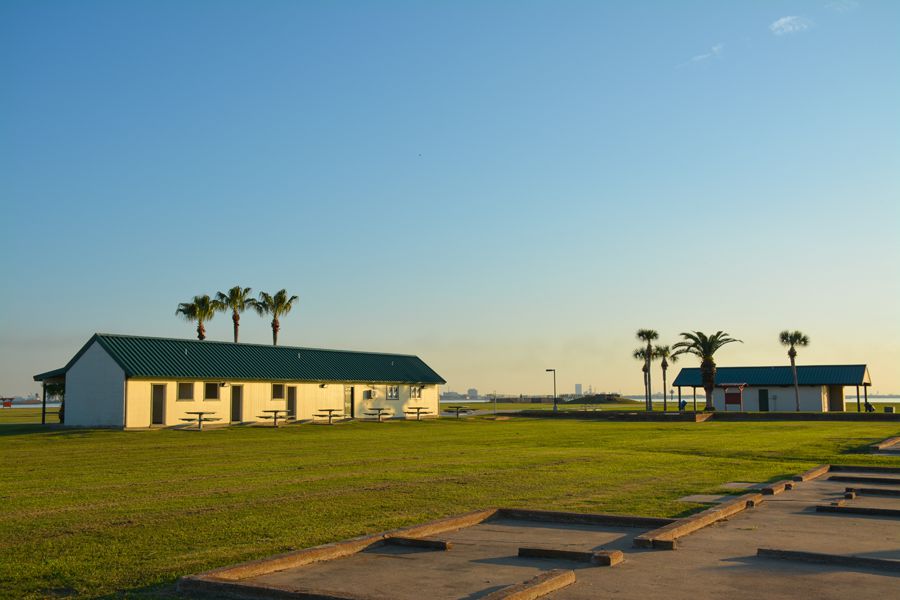 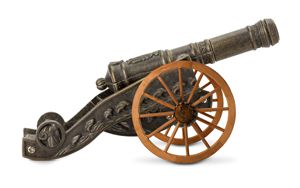