Bolivar Peninsula is named for South American hero Simon Bolivar, the leader of the fight to free South and Central America from Spanish rule. Liberator of Venezuela, Colombia, Ecuador, Peru and Panama, Simon Bolivar was the founder and first President of Bolivia.

“The peninsula,” as locals call it, is a quirky community made up of the towns of Port Bolivar, Crystal Beach, Caplen, Gilchrist, and High Island. It is a 27-mile long barrier formation in the Gulf of Mexico and a short ferry ride from Galveston, Texas.

Access to the peninsula can be gained in two ways. One is through Chambers County, on Highway 124 then on to Highway 87 (the Jane Long Memorial Highway). The other is by ferry from Galveston. The public ferries are operated by the Texas Department of Transportation and have been run free of charge since 1934. Summer months and Spring Break are peak times for travel on the ferries, requiring a significant wait in some instances.

The Gulf Intracoastal Waterway extends the length of the peninsula on the north side, with the Gulf of Mexico to the south. The crystal sand beaches are open and driving on them is permitted. Before building Highway 87, the beach was the highway! There were no roads on the peninsula until 1930. 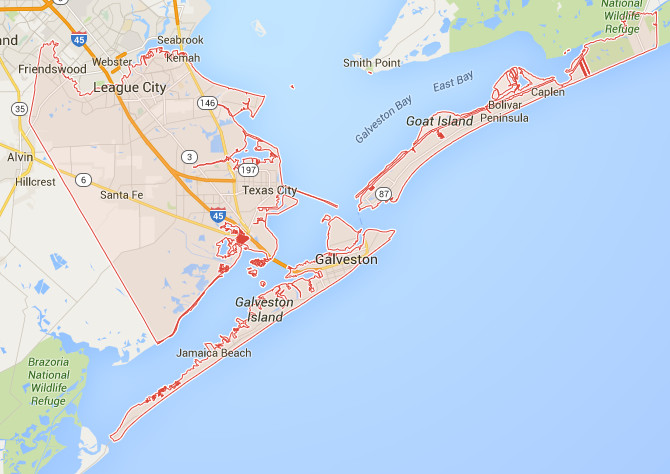 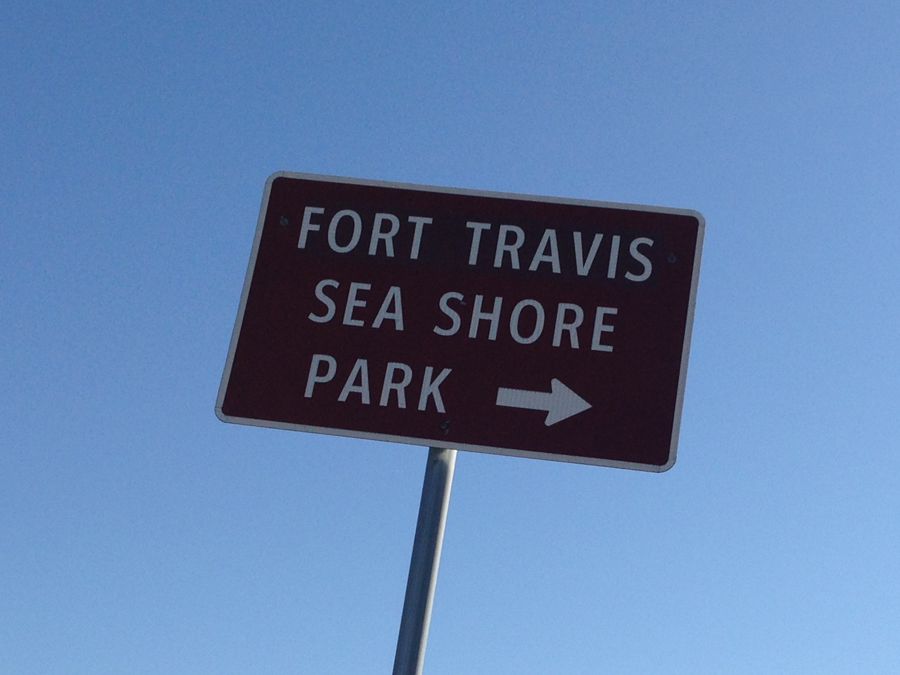 A well-loved tourist destination famous for fishing, birding, shelling, and sea bathing, the peninsula boasts a long and fascinating past. Even before written history, native peoples are known to have traversed the upper Gulf Coast, as evidenced by the archaeological digs at Caplen Mound. Natives buried their dead at Caplen Mound, a small natural hill made larger by shell refuse. The mound, known locally as the “Indian Cemetery” was desecrated over the years by people in search of artifacts. When a team of University of Texas archaeologists conducted excavations in 1932, few artifacts were left.

Explorer Cabeza de Vaca came to the area in 1528, and is thought to have visited the peninsula; some evidence points to his landing at High Island and beginning his explorations from that point. Legend has it that the gentleman pirate, Jean Lafitte and his crew of pirates sometimes held parties in a grove of Oak trees on the peninsula. Many believe that Jean Lafitte left some buried treasure on the peninsula, but none has been discovered to date. When he retired from life on the high seas, Lafitte’s cabin boy, Charles Cronea, made his home at High Island. His homestead stood there for over a century. Cronea is buried at the High Island Cemetery with a historic marker.

General James Long and his wife Jane Long, “the Mother of Texas,” were among the most famous residents of the peninsula. In 1821, Jane gave birth to one of the first Anglo children born in Texas. James Long left the peninsula aboard the ship the Three Sisters, in the autumn of 1821, leaving Jane, her young daughter Ann, servant girl Kian and faithful dog Galveston at Fort Las Casas. The remaining twenty soldiers left the peninsula one by one. Eventually Jane and the young girls were alone at the fort. Her food was running out, and she had only an old, rusty cannon for defense. She is reported to have fired the cannon each morning, then, lacking a proper flag, Jane raised her red flannel petticoat up the flagpole. The natives assumed the fort was still inhabited. 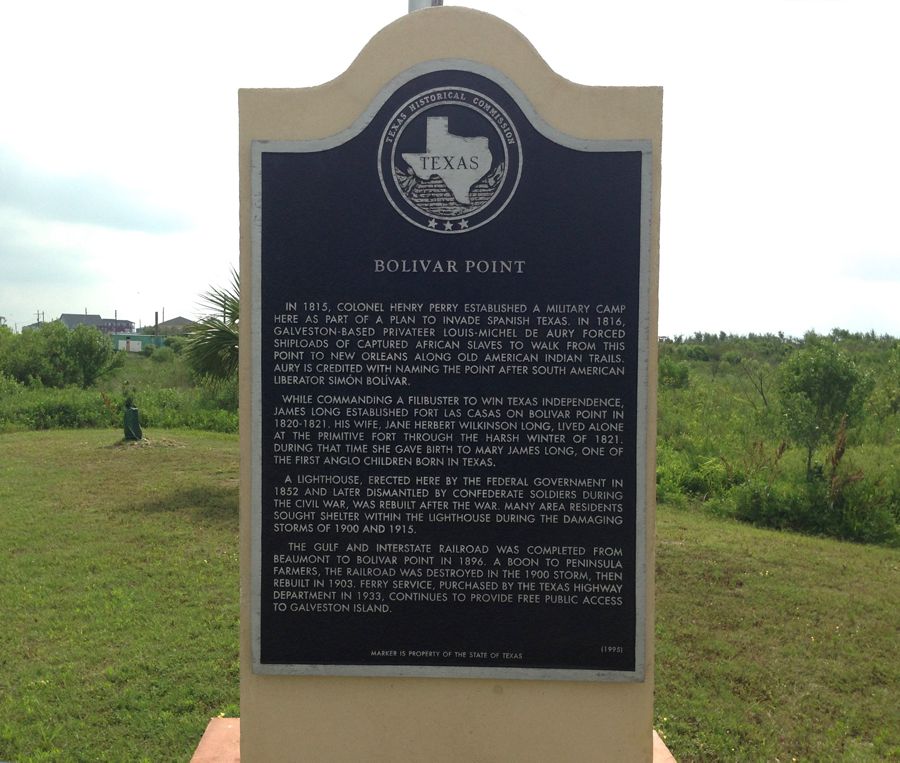 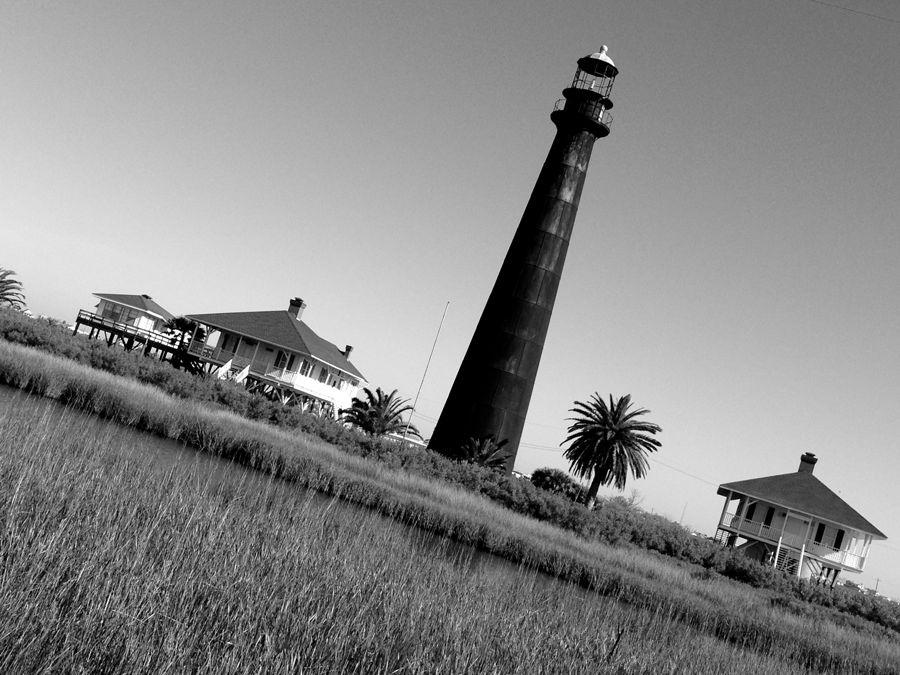 The Bolivar Lighthouse was built in 1852, the heyday of lighthouse construction on the Gulf and Atlantic coasts. It was dismantled during the Civil War by Confederate troops who used the tower’s iron to make cannon balls. The lighthouse was rebuilt in 1872 and served as a beacon to travelers until the 1930s when more sophisticated navigational devices were employed. Bolivar residents used it as a refuge during the 1900 and 1915 hurricanes. It is now privately owned and still serves as a symbol of the peninsula to residents and visitors alike.

Bolivar Peninsula boasts a long history of farming and ranching. From the late 1800s through the early 1900s, the peninsula was known as the “Breadbasket of Galveston” and the “Watermelon Capital of Texas.” By 1885, the peninsula was also well known as a successful place for livestock. Cowboys still run cattle on the salt grass pastures.

The Houston Audubon Society is currently one of the largest landowners on the Bolivar Peninsula. The peninsula has world-renown bird sanctuaries and is considered a paradise for bird-watchers around the world. The Bolivar Christmas Count celebrated its 50th anniversary in 2011. The famous “count” includes the woods of High Island, Rollover Pass, and the entire coast of the Bolivar Peninsula. The first count, on December 23, 1962 yielded a total of 97 species. Since that first count, expected species run from 170 to 180. In 1995, Bolivar tied for fifth count in the nation with 197 species identified. 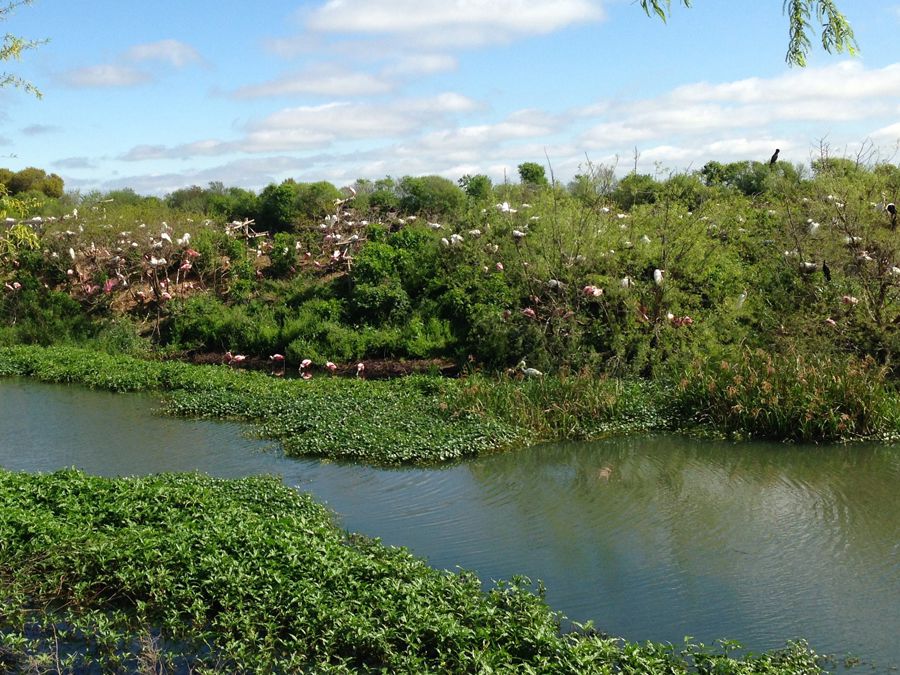 The Sea View Hotel, built in High Island in 1896 by Captain C. T. Cade, was the first to provide deluxe accommodations for visitors. The hotel was famous for luxurious parties, for provision of transportation down to the beach, and for treatments of healthy mineral spring waters. That was the beginning of tourism on the Bolivar Peninsula. Many day visitors ride across on the ferry or motor down the highway from Beaumont and further east Texas locales. A plethora of Easter-egg colored beach houses, high in the air on stilts, provide rental property for visitors wanting to stay a week or a summer. A majority of homeowners on the peninsula were once visitors who fell in love with the laid back lifestyle and came back to stay.