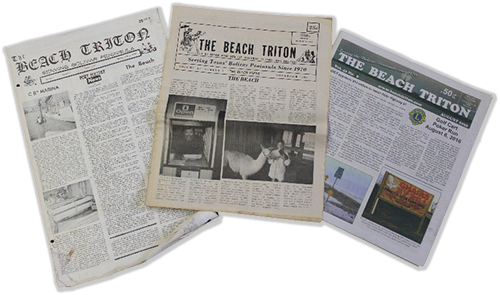 Get Your Fix Here!

Read complimentary copies of The Beach Triton hot off the presses each month.

About The Beach Triton

The Triton was founded by an ornery, retired Marine in 1970. You always knew where you stood with Bryan Wolf, if he liked you, you knew it, if he didn't, you knew it. He passed away 10/1998, 1 month after Tropical Storm Frances. Jan Kent took over January 1, 1999.

Complimentary editions can be found at the following locations: