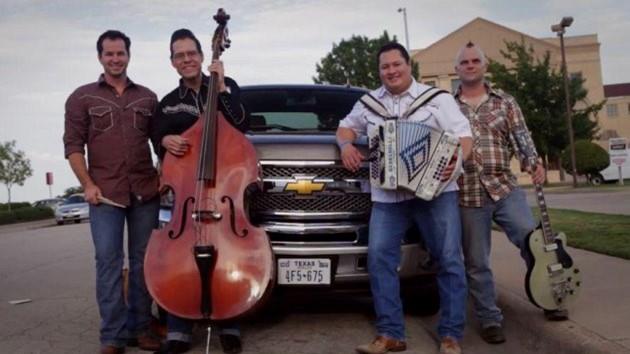 After forming in the fall of 2006, the Tejas Brothers quickly became the subject of big conversation around the stockyards of Fort Worth.  Within a few short years, they had earned the respect as one of the best live acts in Texas.     The group’s debut CD, TEJAS BROTHERS, was recognized as the 7th most played album for 2009 by the Americana Music Association. With the release of their 2nd album, RICH MAN, Kelly Dearmore of the Dallas Observer said, “The quartet is once again proving itself one of the best bands in the state.” The group released their third CD, LIVE A LITTLE MORE, in April of 2013. It features guest appearances from: Larry Joe Taylor, Augie Meyers, Deryl Dodd, and was produced by Lloyd Maines. Their latest release, LIVE AND LOOSE ...at last, was recorded at Tommy Alverson's Family Gathering and released in October of 2014. Roothog Radio says, “If this music doesn’t put a wiggle in your walk, you’d better get your hearing tested.”

Brought to you by, Bolivar Peninsula Tourism and Visitors Center
7/18/2020  •  11 AM - 12 PM
Originals by Janet LeighCrystal BeachTX